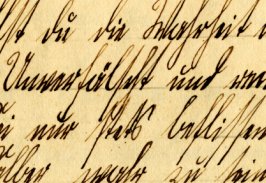 Use these unforgettable 50th wedding anniversary quotes to enhance your anniversary speech, toast, party or celebration! These are also great to include in an anniversary card or note to your spouse.


"That we arrived at fifty years together is due as much to luck as to love, and a talent for knowing, when we stumble, where to fall, and how to get up again."
-Ruby Dee and Ossie Davis


"One of the good things that come of a true marriage is, that there is one face on which changes come without your seeing them; or rather there is one face face which you can still see the same, through all the shadows which years have gathered upon it."
-G. Macdonald


"Grow old with me! The best is yet to be. The last of life, for which the first is made."
-Robert Browning


"Love has no age as it is always renewing itself."
-Blaise Pascal


"To me, fair friend, you never can be old, For as you were when first your eye I eyed, Such seems your beauty still."
-William Shakespeare

We hope that you find these 50th wedding anniversary quotes helpful in creating an unforgettable anniversary!