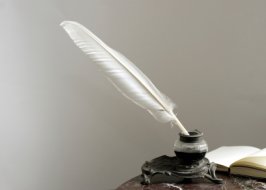 Use these unforgettable wedding anniversary quotes to enhance your anniversary speech, toast, party or celebration! These are also perfect to use in a card, a note, a love letter, email or text message. You can use the entire quote or just the part that fits your needs - be creative!

“Happy marriages begin when we marry the one we love, and they blossom when we love the one we married.”
-Sam Levenson


“One man by himself is nothing. Two people who belong together make a world.”
-Hans Margolius


“Married couples who love each other say a thousand things without talking.”
-Chinese Proverb


"Chains do not hold a marriage together. It is threads, hundreds of tiny threads which sew people together through the years."
-Simone Signoret


"More marriages might survive if the partners realized that sometimes the better comes after the worse."
-Doug Larson


"A successful marriage requires falling in love many times, always with the same person."
-Mignon McLaughlin


"We have the greatest pre-nuptial agreement in the world. It's called love."
-Gene Perret


"What counts in making a happy marriage is not so much how compatible you are, but how you deal with incompatibility."
-George Levinger


"A happy marriage is the union of two good forgivers."
-Ruth Bell Graham


"A perfect marriage is one in which "I'm sorry" is said just often enough."
-Mignon McLaughlin


"A happy marriage is a long conversation which always seems too short."
-Andre Maurois

Also see our collection of:

"Here's to matrimony, the high sea for which no compass has yet been invented!"
-Heinrich Heine


"A wedding anniversary is the celebration of love, trust, partnership, tolerance and tenacity. The order varies for any given year."
-Paul Sweeney


“My wife says I never listen, or something like that…"
-Unknown


"Like good wine, marriage gets better with age – once you learn to keep a cork in it."
-Gene Perret


"Marriage is when a man and woman become as one; the trouble
starts when they try to decide which one."
-Anonymous


"The Japanese have a word for it. It’s Judo – the art of conquering by yielding. The Western equivalent of Judo is, “Yes dear”."
-J.P. McEvoy


"Our marriage has always been a 50-50 proposition - with the possible exception of closet space."
-Gene Perret

We hope that you find these wedding anniversary quotes helpful in creating an unforgettable anniversary!