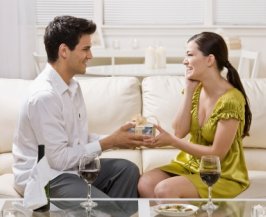 Below you will find our fourth wedding anniversary ideas for gifts and celebration. Some are based on symbols and themes and others are general ideas that are perfect for any anniversary celebration.

Keep in mind that having an unforgettable fourth anniversary does not always include exchanging expensive gifts, going on vacation or spending lots of money. You can take an idea or two and spin them into memories that will last a lift time!

A photo of wife (with flowers, flowers in hair or floral clothes)
A floral patterned tie
Hawaiian shirt
A plant or flowering tree for the yard
A fruit platter

Unique Anniversary Gifts for Him: 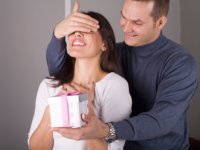 Modern Anniversary Gifts for Her:

Unique Anniversary Gifts for Her:

“One man by himself is nothing. Two people who belong together make a world.”
-Hans Margolius

GPS Romance from Sharon of Delaware
Surprise your spouse by programming a trip (day or weekend) into your GPS. You choose the final destination and the stops along the way. Make dinner/hotel reservations as needed. Once the planning is complete program your GPS. Take it out of your car, wrap it up and present it to your spouse. Once they open it explain that you have planned a surprise trip and that they need to follow the directions on the GPS.

Rose Petal Romance
Get up early and sprinkle rose petals on the floor and on the bed. This will be a sure to start your anniversary day off right.

Read a Poem
Plan on showing your love with one of these Unforgettable Anniversary Poems or write your own.

Romantic Serenade
Hire a singer and or musician to sing/play romantic music outside your window or while you dine.

Plan a Stay-cation With a Theme
A stay-cation means you stay home with a vacation state of mind. You can turn off the phones, leave the mail, and turn your home into a retreat for the day or weekend. Be sure to get everything you need beforehand (food, beverages, movies, suntan lotion) so you will not have to leave the house unless you want to. You can also have fun with a theme (tropical, winter villa etc.). With proper preparation you can have an unforgettable time without spending much money. 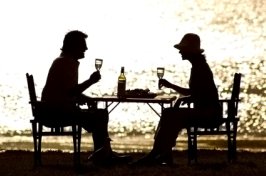 While you are here why not Rave About Your Romance! Share your special romantic idea or secret and see how others have created unforgettable memories.