We have put together some of the classic golden anniversary party ideas to share with you. 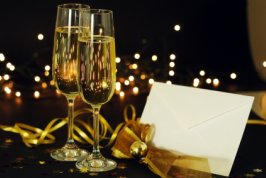 This is usually a very nostalgic time and a time when people will want to make toasts , speeches , tell jokes and read a poem or two in honor of the anniversary couple.

You may also want to include a 50th wedding anniversary quote.
This is a party where you want to encourage as many family members (of all ages) and friends to share unforgettable memories and stories of the anniversary couple through the years. This can be done orally or they can put their thoughts and memories in writing to share with couple and their guests. The party organizer(s) can ask for a page or two from each friend or family member who would like to contribute (don’t forget the little ones!). The party organizer(s) then place all submissions into a binder or have them made into a book to put on display prior to the party.

Suggested uses of the color gold include: 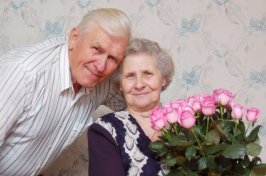